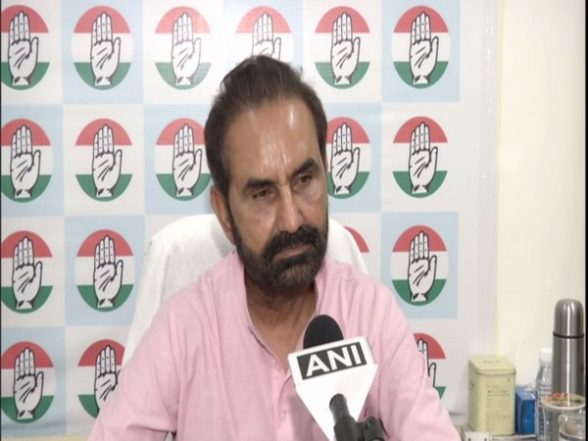 New Delhi, September 14: Congress leader Shaktisinh Gohil on Monday said that BJP changing its chief minister in Gujarat will not impact the outcome of assembly polls and it reflected the failure of party governments in the state and at the Centre.

Gohil alleged that former Chief Minister Vijay Rupani, who stepped down from his post of Saturday, become the victim of BJP’s internal politics and was made a “scapegoat”.

Also Read | Realme C25Y Affordable Smartphone To Be Launched in India on September 16, 2021.

“Central government and the state government in Gujarat failed and could not have asked for votes in the name of their work. Vijay Rupani was made a scapegoat,” he said.

He said the development journey of Gujarat has been “hampered” due to internal politics in BJP.

BJP leader and Ghatlodia MLA Bhupendra Patel took oath as the 17th Chief Minister of Gujarat on Monday. The state will face elections towards the end of next year.