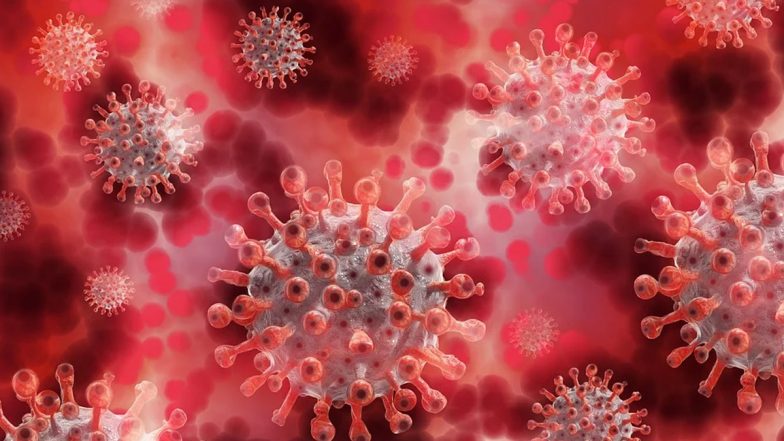 London/Johannesburg, November 25: A new variant of COVID-19, feared to have a high amount of spike mutations unseen before, has been detected in South Africa, with authorities there confirming 22 positive cases associated with it on Thursday.

Dr Tom Peacock, a virologist at Imperial College London, had posted details of the new variant classed as B.1.1.529 on his Twitter account earlier this week, following which scientists have been weighing in on what is being considered a variant of concern – though it is yet to be formally categorised in the UK. Also Read | 26/11 Mumbai Attack: Pakistan Fails to Take Action Against Terror Attack Mastermind.

Scientists the world over will be watching the new variant for signs of gaining momentum or spreading more widely and rapidly. The high number of spike mutations are concerning from the point of view of both higher transmissibility and immune evasion. Also Read | Thanksgiving 2021 in the United States: 5 Thanksgiving Day Traditions in America That Make the Annual Holiday Truly Special!.

“Bottom line is B.1.1.529 may already be quite widespread in SA [South Africa],” Dr Peacock tweeted on Thursday. The National Institute for Communicable Diseases (NICD), the national public health institute of South Africa, confirmed that B.1.1.529 has been detected in South Africa and 22 positive cases of variant B.1.1.529 recorded following genomic sequencing collaborations.

“It is not surprising that a new variant has been detected in South Africa,” said Professor Adrian Puren, NICD Acting Executive Director.

“Although the data are limited, our experts are working overtime with all the established surveillance systems to understand the new variant and what the potential implications could be. Developments are occurring at a rapid pace and the public has our assurance that we will keep them up to date,” he said.

The South African authorities said the detected cases and percentage of people testing positive are both increasing quickly, particularly in particularly in most populated province of Gauteng, North West and Limpopo regions of the country.

Dr Michelle Groome, Head of the Division of Public Health Surveillance and Response at the NICD, said the provincial health authorities remain on high alert and are prioritising the sequencing of COVID-19 positive samples. She stressed that regardless of the emergence of new COVID-19 variants, the importance of non-pharmaceutical interventions remains unchanged.

“Worth emphasising this is at super low numbers right now in a region of Africa that is fairly well sampled, however it very very much should be monitored due to that horrific spike profile (would take a guess that this would be worse antigenically than nearly anything else about).”

Indian-origin professor of clinical microbiology at Cambridge University, Ravi Gupta, told The Guardian newspaper that work in his laboratory found that two of the mutations on B.1.1.529 increased infectivity and reduced antibody recognition.

“It does certainly look a significant concern based on the mutations present,” said Gupta. “However, a key property of the virus that is unknown is its infectiousness, as that is what appears to have primarily driven the Delta variant. Immune escape is only part of the picture of what may happen,” he explained.

Professor Francois Balloux, the director of the UCL Genetics Institute, said the large number of mutations in the variant apparently accumulated in a “single burst”, suggesting it may have evolved during a chronic infection in a person with a weakened immune system, possibly an untreated HIV/Aids patient.

“I would definitely expect it to be poorly recognised by neutralising antibodies relative to Alpha or Delta,” said Balloux. “It is difficult to predict how transmissible it may be at this stage. For the time being it should be closely monitored and analysed, but there is no reason to get overly concerned unless it starts going up in frequency in the near future,” he said. 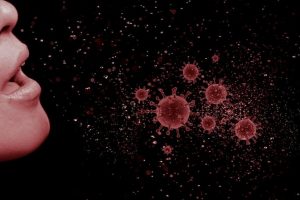 Omicron Will Cause COVID-19 Third Wave in India, but Not As Devastating as in Other Countries, Says Dr Padmanabha Shenoy of CARE Hospital 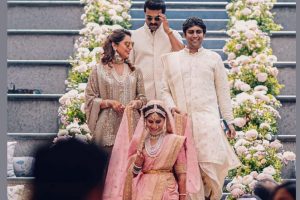 Janhvi Kapoor Slays in Her All-Pink Dress and We Can’t Stop Cheering for Her
Drinksgiving 2021: Best Instagram Captions and Quotes to Post on Drinksgiving Day

Omicron Will Cause COVID-19 Third Wave in India, but Not As Devastating as in Other Countries, Says Dr Padmanabha Shenoy of CARE Hospital