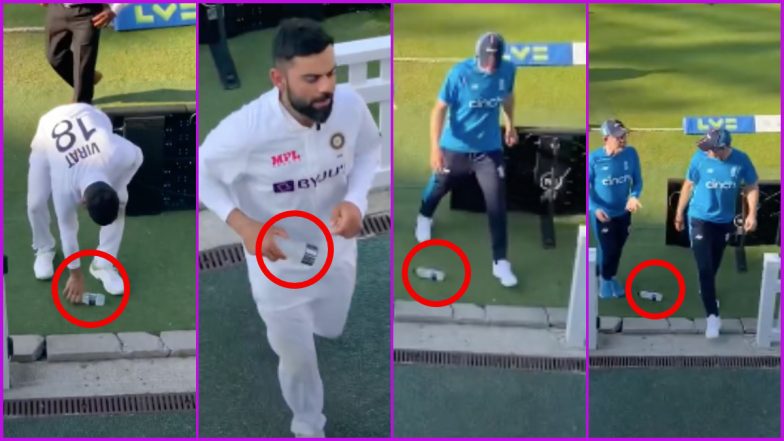 A viral video shows Indian cricket team captain Virat Kohli picking a water bottle while heading towards the dressing room. In the same video, England captain Joe Root was seen walking past the bottle. The video appears to be shot at the end of the fourth Test between India and England at The Oval in London. It is still unclear whether the water bottle was kept intentionally there for Kohli or was it just a waste. Players often going into the field drop their belongings near the boundary rope and then carry it back after returning. Unseen Visuals from Indian Dressing Room Post Win Over England in the 4th Test at The Oval (Watch Video).

The video uploaded on YouTube has gained lots of attention with some fans jumping in favour of Root as well. “Doesn’t matter u cant judge someone by a 20 sec clip. Social media and dumb people behind this can easily tarnish someone’s image within sec [sic],” a user left a comment on the video.

India defeated England by 157 runs in the fourth Test to take a 2-1 lead in the five-match series. India were bowled out for 191 runs in the first innings and conceded a lead of 99 runs. However, in the second innings India posted 466 and set England 368 runs to win. The hosts were bundled out for 210 runs on day five despite openers adding a 100-run partnership.

(The above story first appeared on Fresh Headline on Sep 07, 2021 03:55 PM IST. For more news and updates on politics, world, sports, entertainment and lifestyle, log on to our website freshheadline.com). 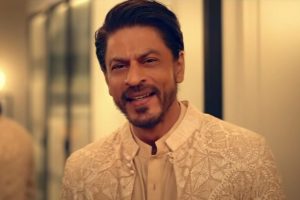 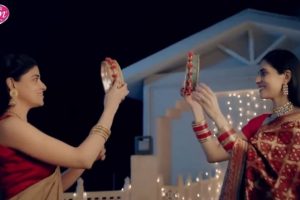 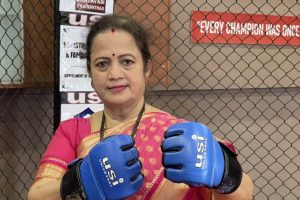