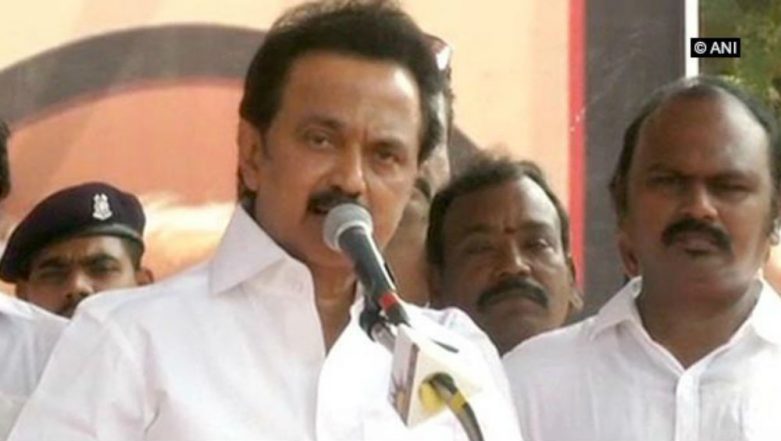 Chennai, October 14: The Tamil Nadu government on Thursday lifted the restriction on weekend worship in temples with effect from today and also permitted all shops including restaurants and bakeries to function till 11 pm.

The restriction on visiting the beaches on weekends, too, has been relaxed. Also Read | Delhi Police Arrests 2 People for Kidnap and Murder of 9-Year-Old Boy in Uttam Nagar.

Tuition centres and job fairs, as well, can be conducted by adhering to the COVID-19 safety protocols, the government said. Chief Minister M K Stalin, who reviewed the pandemic situation in Tamil Nadu and also the conditions prevailing in the neighbouring States with senior officials, made the announcement on allowing worship in temples on all days in the week. Also Read | Uttar Pradesh Assembly Elections 2022: RLD Chief Jayant Chaudhary Rules Out Alliance With Congress.

Reacting to his gesture, BJP state chief K Annamalai said the State government has allowed the opening of temples on all days for worship. “This is what the BJP has been insisting all along and staged a protest on October 7, across the State,” Annamalai said and “sincerely thanked” the Chief Minister and Hindu Religious and Charitable Endowments Department Minister P K Sekar Babu for “acceding to the people’s wish.”

“The Government has permitted the devotees to visit the temples on all days from tomorrow. Necessary arrangements has to be made in accordance with the SOP laid down by the government,” the Commissioner said.

In a circular issued on Thursday, Kumaragurubaran asked the department senior officials to visit as many temples as possible tomorrow and verify the preparedness. “Alert the executive officers immediately,” he said.

Ahead of the temple reopening for darshan, HR & CE Minister Sekar Babu visited the renowned Sri Kalikambal temple here and inspected the arrangements. On September 29, the Tamil Nadu government had extended the ongoing lockdown till October 31 with more relaxations.

A release from the government on Thursday, quoting the Chief Minister, said the ban on holding political, social, cultural and festivals will however continue to avert the spreading of the Coronavirus. Further, the government relaxed certain restrictions and said beaches will be thrown open to the public during the weekends.

Play schools, kindergarten classes and Anganwadis have been allowed to reopen from November 1 and all employees working there should have been vaccinated against COVID-19. Permission has been accorded for 100 people to attend wedding functions from November 1.