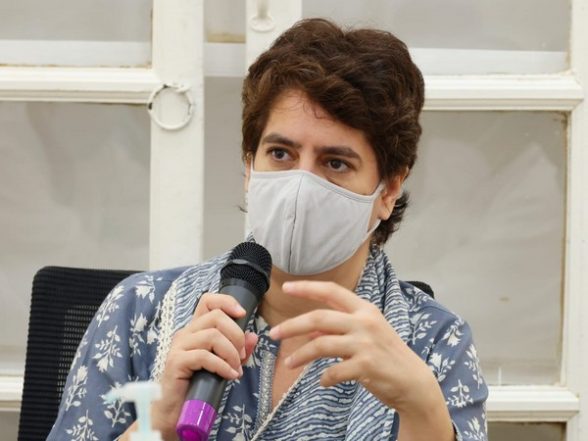 Vadra, who was on a visit to Uttar Pradesh, met the Congress workers from Raebareli and Amethi.

According to sources, during the meeting, she spoke about Hindutva and said that party workers should discuss the matter with people. She alleged that BJP is spreading propaganda. Vadra asked party workers to spread the message that Congress respects all religions. She asked the party workers to give a reply to BJP’s Hindutva card.

“Talk about Hindutva and answer people. We also worship and have darshan in the temples,” she told the party workers.

On Friday, Vadra attended a meeting of the party’s election panel in Lucknow.

Congress will conduct a Pratigya Yatra in the state covering 12,000 km ahead of the upcoming Assembly polls that are due for early next year.

The decision was taken in the meeting of the Advisory and Strategy Committee of the Uttar Pradesh Congress chaired by party’s state in-charge Priyanka Gandhi Vadra. In the meeting, it was also decided that zone-wise election campaigns and programmes will be started.

In the 2017 Assembly elections, the BJP won a landslide victory winning 312 Assembly seats. The party secured a 39.67 per cent vote share in the elections for 403-member Assembly. Samajwadi Party (SP) bagged 47 seats, BSP won 19 while Congress could manage to win only seven seats.