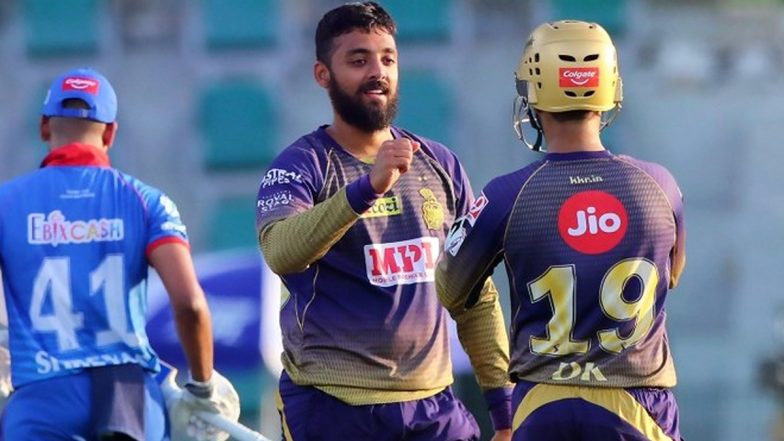 Varun Chakravarthy’s fitness is something that has been a cause of worry for the fans and the team management of the Kolkata Knight Riders. As per a recent tweet by Harsha Bhogle, the Mystery Spinner was seen limping out of the field. Now as per reports, Varun Chakravarthy has been suffering from a knee injury already. A source on a condition of anonymity told PTI that Varun’s knee has not been in the best of condition and had it not been for the upcoming T20 World Cup 2021, the Myster Spinner would have been rested. IPL 2021: Dinesh Karthik, KKR Wicket-Keeper Batsman, Reprimanded for Breaching Code of Conduct.

“Had it not been in a T20 World Cup, perhaps even Indian team management wouldn’t have taken the risk of playing him,” told the source to PTI on the condition of anonymity.  Now that KKR has qualified in the finals of the IPL 2021, it would be interesting to see if the Mystery Spinner will be a part of the finals against Chennai Super Kings. However, so far there has been no update about the Varun Chakravarthy not being a part of the playing XI. The fans will only be hoping for Varun Chakravarthy to stay in shape for the finals.

Varun Chakravarthy has scalped 18 wickets from 16 games and has bowled with an economy of 06.40. Needless to say that he is one of the most important members of the team Varun Chakravarthy. The finals of the IPL 2021 will be played on October 15, 2021.

(The above story first appeared on Fresh Headline on Oct 14, 2021 07:34 PM IST. For more news and updates on politics, world, sports, entertainment and lifestyle, log on to our website freshheadline.com). 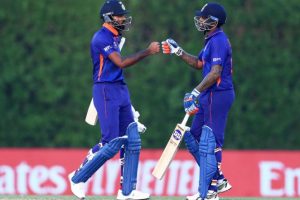 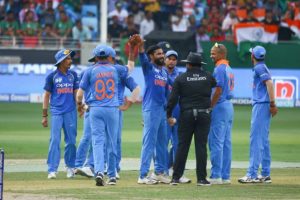 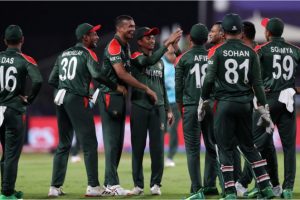 Rishabh Pant Pours His Heart on Social Media After Delhi Capitals After Failing to Make Way into IPL 2021 Finals, Says ‘Couldn’t be More Proud of Leading This Team’
Ricky Ponting Posts an Emotional Message After Delhi Capitals Fails to Seal a Spot in the Finals of IPL 2021