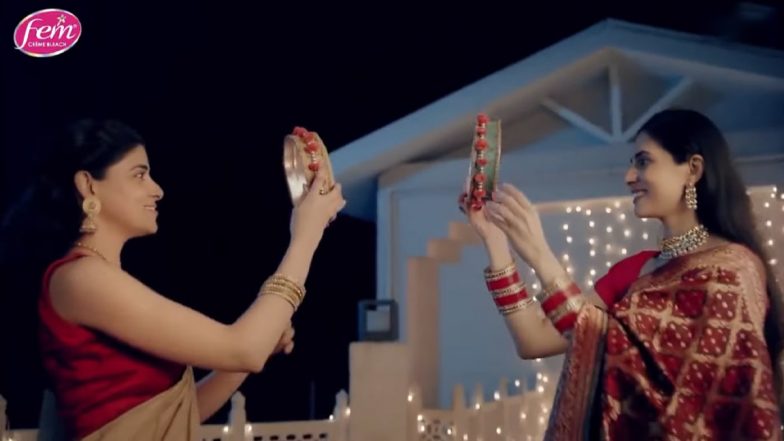 New Delhi,  October 23: An advertisement by Dabur’s Fem  rolled out ahead Karwa Chauth 2021 featuring a lesbian couple has drawn mixed reaction from the people. While some hailed the progressive advertisement promoting the spirit of Love is Love, the video-ad did not go well with others who have accused the brand to hurt cultural sentiments. Indian society, despite several reforms, is still largely divided on the same-sex relationships and the acceptance of the same is limited. Jashn-E-Riwaaz Is Celebration of Indian Traditions, Says FabIndia After Social Media Backlash Over Its Diwali Ad.

People took to Twitter, which has become public’s favourite platform to voice their opinions, to express their views on the advertisement by Dabur. Along with the  cultural debate on the advertisement, some users also pointed out that the brand highlights the society’s obsession with fair skin. Scroll down to watch the controversial advertisement and well as Twitteratti’s reaction to it. #BoycottMyntra Trends on Twitter As Old Hindu-Phobic Illustration From 2016, Which Myntra Had Denied Making, Resurfaces.

As much as I find the outrage over Fem Dabur ad fun, and the hypocrisy over skin colour, I still like the ad. And being someone who admires Karva Chauth, it’s actually nice to see that Gay/Lesbian can observe fast for their partner, just like traditional straight couple 🙂

Some Feel It’s An Attack on Culture:

In my place, we do not celebrate karwa chauth. We observe ‘vat Savitri’ vrat. My sister in law is from North India and we support her in every possible way for #karvachauth it’s a puja of devi (probably one form of maa Parvati).

No One Seems To Be Happy?!

Lol who gives idea to Dabur Fem for a Lesbian Karwa Chauth ad? Sanatani Hindus are not happy and now LGBT community slams them for Patriarchy!!!! Lol

Love is love but first you need to be fair skinned

Several firms have been called out for ‘hurting sentiments’ of the people over advertisements revolving around social, cultural or religious issues. Recently, Fabindia launched its Diwali campaign named “Jashn-e-Riwaj” and received massive backlash from the online fraternity. The apparel brand later deleted the advertisement after Twitter called for a boycott.

(The above story first appeared on Fresh Headline on Oct 23, 2021 08:32 PM IST. For more news and updates on politics, world, sports, entertainment and lifestyle, log on to our website freshheadline.com). 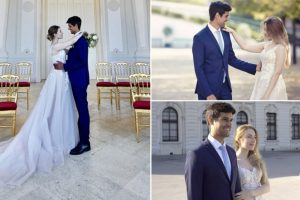 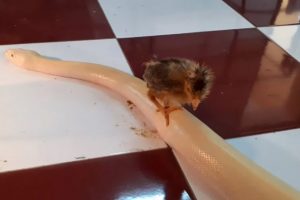 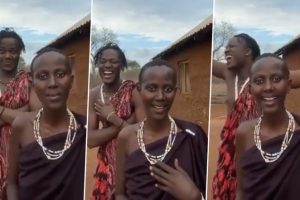