We have many examples of successful people who endured hardships and struggles before attaining glory and position of the highest levels. These icons were not always living the high life and had to go face grave challenges to walk ahead. From sleeping on seedy streets to becoming the biggest entrepreneurs, they have come a long way. There are many examples who have proved that through grit, determination, grit, hard work and a pinch of good luck anyone can overcome the toughest of circumstances and achieve extraordinary success, and Sal Khan is one such fine example who has shown that no matter how tough the path is, if one has self-belief and is focussed on their goals they can reach places.

The story of this successful entrepreneur and philanthropist dates back to the time when he saw the light first time after being born in a village mud house in the remote outskirts of Bangladesh, lifeless and unresponsive, having his parents think that he was born dead. To their surprise, his first cry came as a sigh of relief after a brief moment. No one knew that this child would grow up to carve his name in history and help mankind in the biggest way possible. He has struggled through uncertain times since his birth before attaining massive success and is still as grounded and focussed as he was when he had nothing. “Life gives us tremendous opportunities, it is up to us how we identity those at the right time and capitalize on it,” says Sal.

Sal had to drop from his medical school due to domestic issues and had to start working in odd jobs to support the family which ranged from teaching mathematics to young students to being a line cook to a medicine dealer, sometimes working non-stop day in and out and travelling in public transport from one destination to the other. Those were the toughest days of his life which taught him a lot about dealing with adversities and face toughest of situations in the right way. During the course of time he discovered cryptocurrency markets and started dwelling deep into the subject to gain more knowledge about its workings and grasped it to its core only to emerge as an expert who with time mastered the craft and brought his life back on track. The debts were cleared off, he got hold of his favourite car and his dream of travelling the world also materialized. He grabbed the opportunity at the right time, which resulted in his life changing for good. Today he invests in startups and tries to lend his support to those budding entrepreneurs who don’t get the right opportunities via seed funding. Sal also supports various social giving activities and has been helping in building hospitals in his home country to help the community.

With all his dreams fulfilled we ask Sal is there anything else in his agenda that still needs to be right ticked to which he answers, “I want to explore the world and travel to every nook and corner of the globe, having already been to more than 20 countries, there are more to reach out for in the near future.” 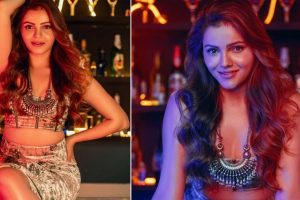 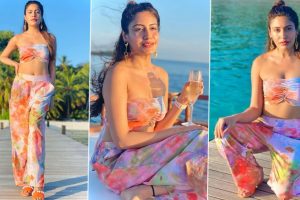 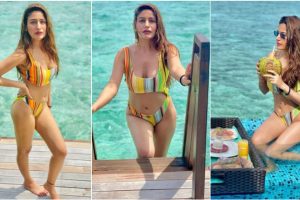 Easy Asanas for Immunity for International Yoga Day 2021: Practice These 5 Yoga Poses To Strengthen Your Immune System
Sparkling His Way to The Top as One of the Rising Most Certified Gemologists in the World is Charles Verville
Comment